A bolt is a form of threaded fastener with an external male thread. Bolts are very closely related to screws.

The distinction between a bolt and a screw is commonly misunderstood. There are several practical differences, but most have some degree of overlap between bolts and screws. 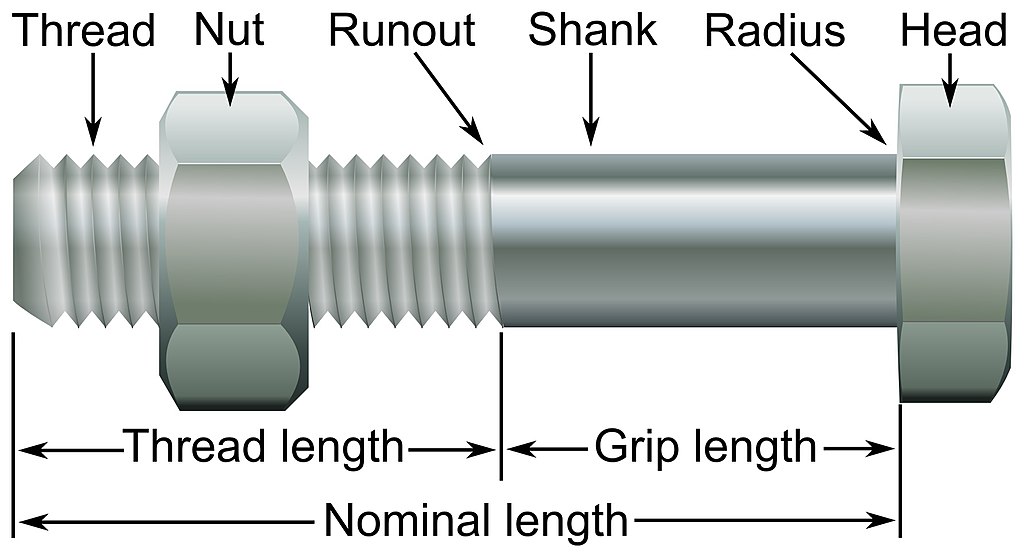 The defining distinction, per Machinery's Handbook, is in their intended purpose: Bolts are for the assembly of two unthreaded components, with the aid of a nut. Screws in contrast are used in components which contain their own thread, and the screw may even cut its own internal thread into them. Many threaded fasteners can be described as either screws or bolts, depending on how they are used.

Bolts are often used to make a bolted joint. This is a combination of the nut applying an axial clamping force and also the shank of the bolt acting as a dowel, pinning the joint against sideways shear forces. For this reason, many bolts have a plain unthreaded shank (called the grip length) as this makes for a better, stronger dowel. The presence of the unthreaded shank has often been given as characteristic of bolts vs. screws, but this is incidental to its use, rather than defining.

The unthreaded grip length should be chosen carefully, to be around the same length as the thickness of the material and washers through which the bolt passes. An overly long unthreaded length prevents the nut from being tightened down correctly. An insufficient unthreaded length results in the threads extending into the hole, and places the dowel shear load onto the threads, which may cause fretting wear on the hole. No more than two turns of the thread should be within the hole.

Where a fastener forms its own thread in the component being fastened, it is called a screw. This is most obviously so when the thread is tapered (i.e. traditional wood screws), precluding the use of a nut,or when a sheet metal screw or other thread-forming screw is used.

A screw must always be turned to assemble the joint. Many bolts are held fixed in place during assembly, either by a tool or by a design of non-rotating bolt, such as a carriage bolt, and only the corresponding nut is turned. 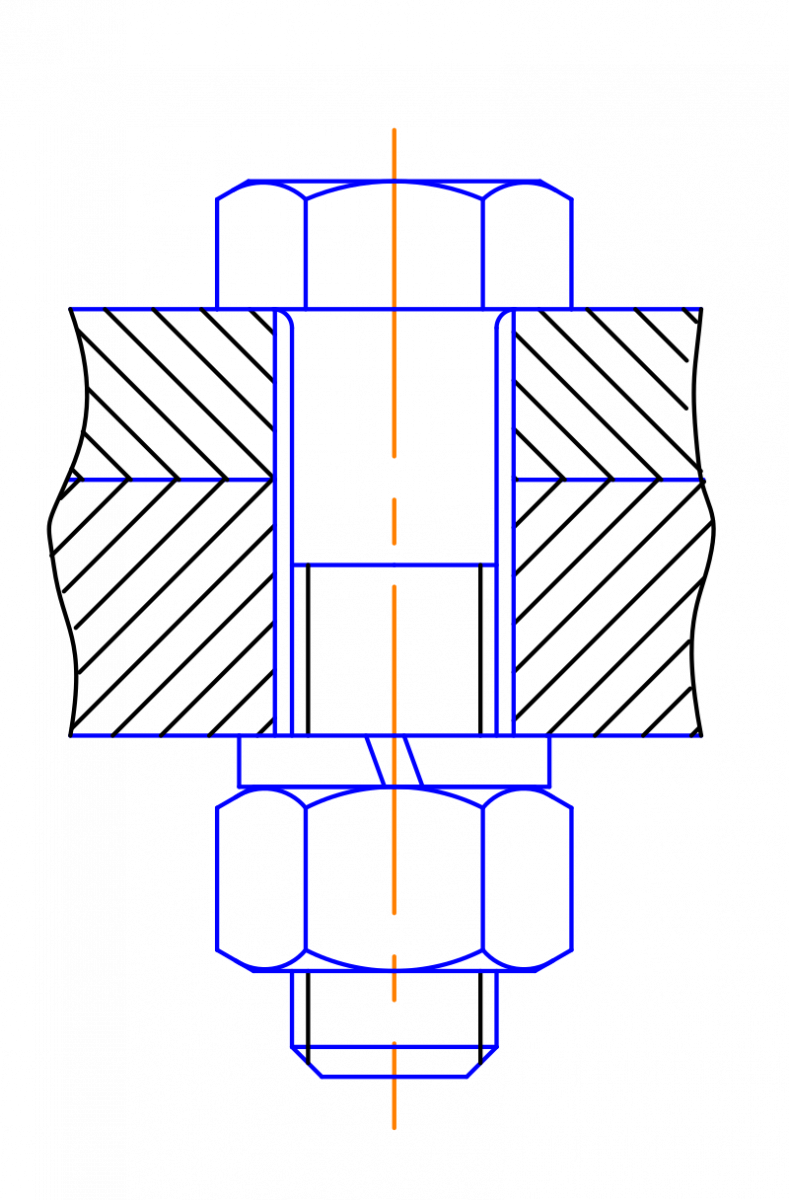 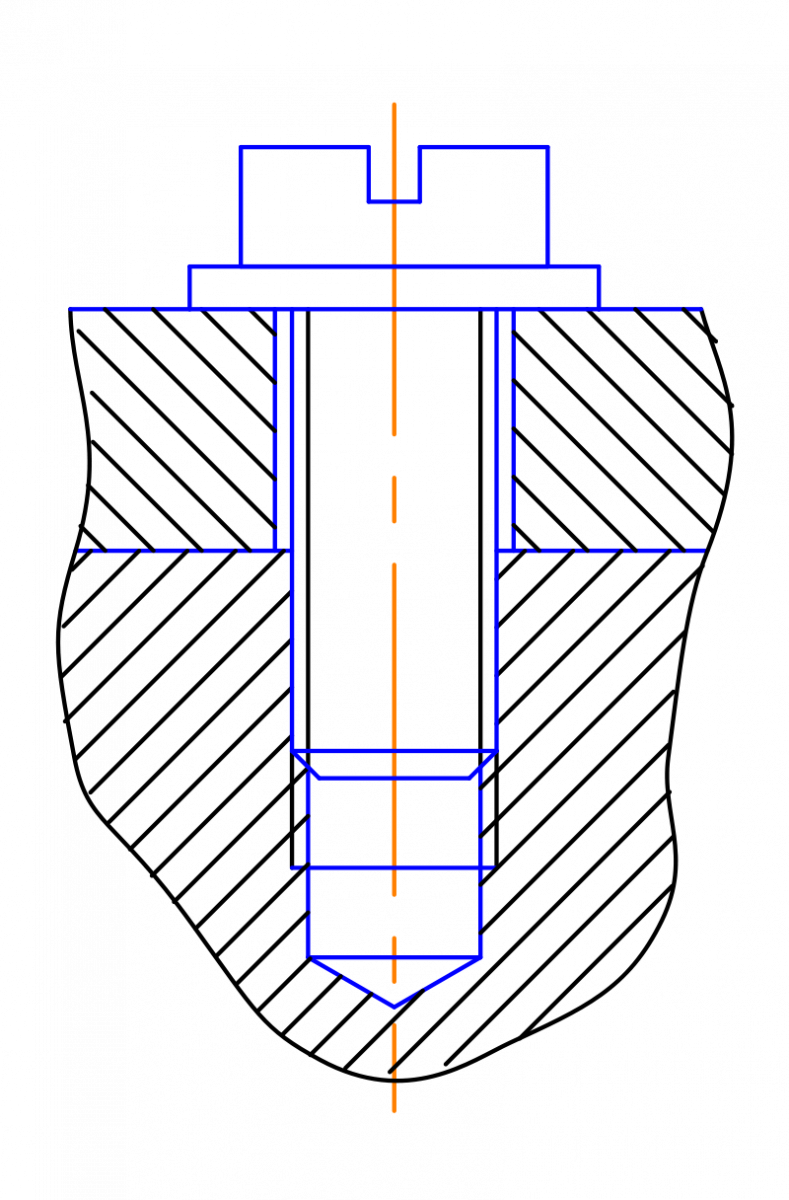 Bolts use a wide variety of head designs, as do screws. These are designed to engage with the tool used to tighten them. Some bolt heads instead lock the bolt in place, so that it does not move and a tool is only needed for the nut end.

The first bolts had square heads, formed by forging. These are still found, although much more common today is the hexagonal head. These are held and turned by a spanner or wrench, of which there are many forms. Most are held from the side, some from in-line with the bolt. Other bolts have T-heads and slotted heads.

Many screws use a screwdriver head fitting, rather than an external wrench. Screwdrivers are applied in-line with the fastener, rather than from the side. These are smaller than most wrench heads and cannot usually apply the same amount of torque. It is sometimes assumed that screwdriver heads imply a screw and wrenches imply a bolt, although this is incorrect. Coach screws are large square-headed screws with a tapered wood screw thread, used for attaching ironwork to timber.

Head designs that overlap both are the Allen or Torx heads; hexagonal or splined sockets. These modern designs span a large range of sizes and can carry a considerable torque.

Regarding the requirement of the strength and circumstance, there are several types of material can be used for the Fastener Material Selection.