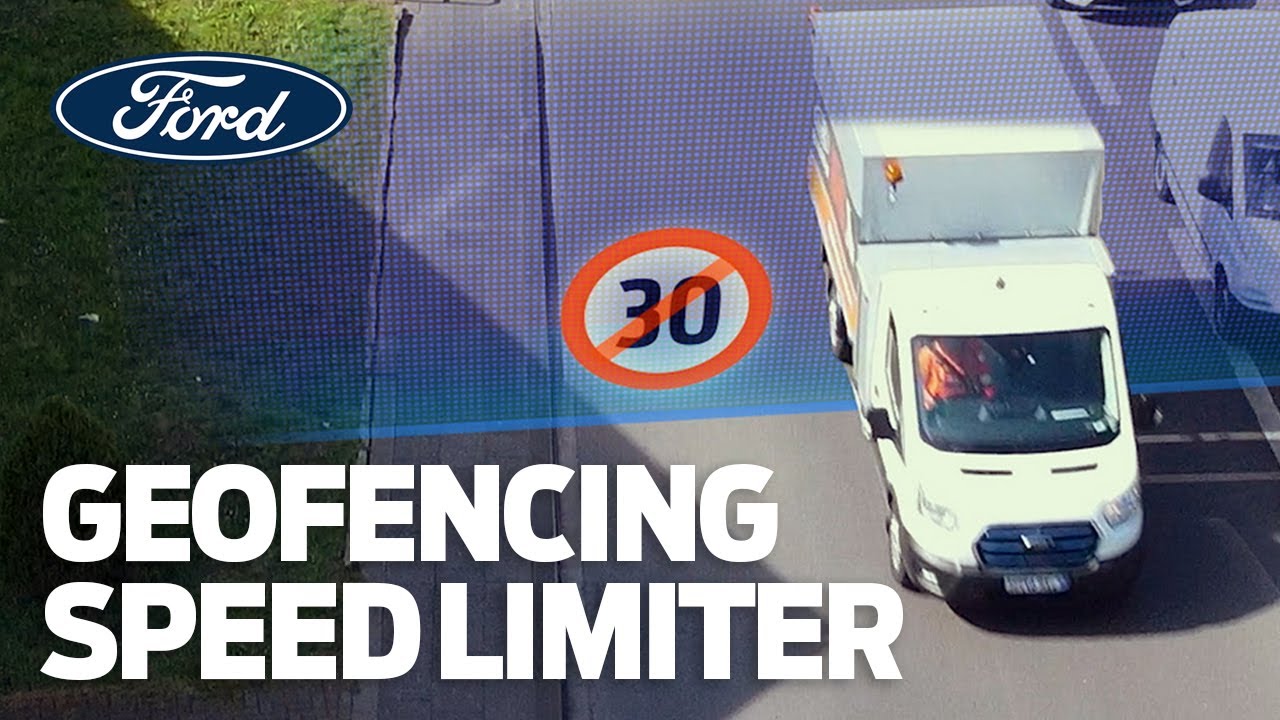 Many cities and towns limit speeds around schools, hospitals and shopping areas. Seeing the signs, however, can depend on how visible they are, whether they are concealed by branches, or maybe surrounded by a cluster of other signs.

“Connected vehicle technology has the proven potential to help make everyday driving easier and safer to benefit everyone, not just the person behind the wheel,” said Michael Huynh, manager, City Engagement Germany, Ford of Europe. “Geofencing can ensure speeds are reduced where – and even when – necessary to help improve safety and create a more pleasant environment.”

In Europe, up to 29 per cent of road fatalities are pedestrians and cyclists, depending on the country. 3 Setting up 30 km/h zones is considered one of the key measures to reduce the risk to pedestrians in urban areas, as drivers have more time to react and the impact speed is lower. 4

Researchers are using two Ford Pro vehicles to analyse the impact of speed limiting in terms of improving traffic flow and reducing the risk of accidents. Testing with the all-electric Ford E-Transit vans extends to all 30km/h zones in the centre of Cologne, in Germany, as well as in selected 50 km/h and 30 km/h zones elsewhere in the city.

The 12-month trial builds on other recent Ford research projects that endeavour to help improve road safety, including connected traffic light tech that could automatically go green to offer clearer routes for ambulances, fire engines and police vehicles, and the use of specific speakers inside the vehicle to alert drivers to the direction from which people and objects are approaching.

Ford’s Local Hazard Information, introduced on Ford Puma in 2020, is also helping to make roads safer. The connected technology, now on 500,000 Ford vehicles in Europe, alerted drivers to more than 35,000 broken down vehicles, both Ford and non-Ford, and warned drivers of more than 100,000 hazards ahead per month in Europe in 2021. 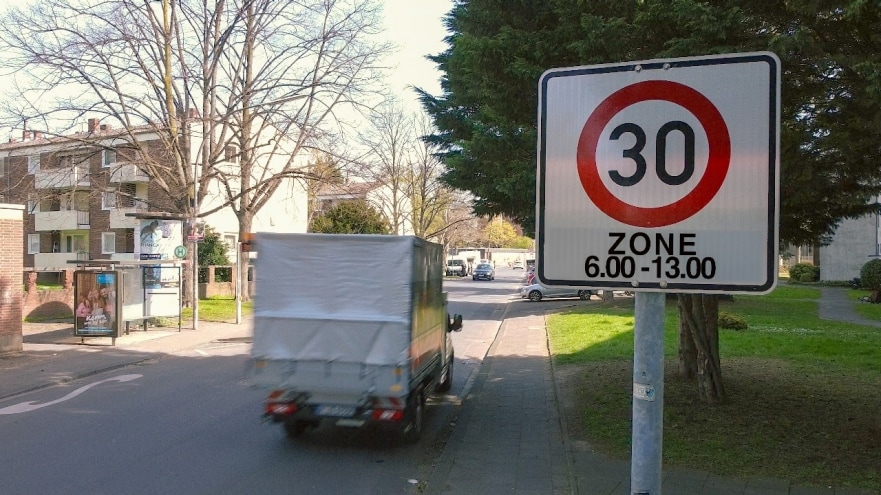 The trial is the result of a collaboration between the Ford City Engagement team, city officials in Cologne and Aachen, and Ford software engineers in Palo Alto, in the US. Together with colleagues in Aachen, the Palo Alto engineers developed technology that connects the vehicle to the geofencing system for GPS tracking and data exchange.

The driver receives the information via the dashboard display cluster, with the new speed limit flashing below the current speed. The vehicle automatically reduces speed in line with the geofenced zone. The driver can override the system and deactivate the speed limit control at any time.

In the future, Ford’s Geofencing Speed Limit Control system could enable drivers to set their own geofencing zones at speeds as low as 20 km/h, including at depots and private facilities. Speed limits could also be set dynamically, to take into account local hazards, temporary road works and the time of day.

The German Traffic Code has over 1,000 types of road signs. 6 In the UK, it is estimated that the number of road signs has doubled in the last two decades, to around 4.6 million in total, with the Department for Transport requesting that local councils remove unnecessary and unsightly signs. 7 Reducing the number of signs on the roads could go a long way towards decluttering our cities, with drivers able to concentrate on the roads rather than keep watch for signs.

“Our drivers should benefit from the latest technical support, including geofencing based assistant systems that enable them to keep to the speed limits and fully concentrate on the road,” said Dr. Bert Schröer, Head of Vehicle Technology and Mobility, AWB, a waste disposal company involved in the trial along with the City of Cologne.

The trial runs until March 2023 and is part of broader research initiatives putting pre-production and prototype Ford E-Transit vehicles to the test across a variety of intensive real-world operating scenarios, including in the postal, municipal and utilities services, as well as last mile and grocery delivery sectors within France, Germany, Italy, the Netherlands, Norway and the UK.